The flat cap is synonymous with style and heritage, with origins dating back to the 16th century. Iconic for centuries, this is one piece of headwear that has stood the test of the time and continues to be a popular choice. Not only for men but women and children too, and it can now be found in both traditional styles as well as the more modern “newsboy” style.

Here at Glencroft, one of our best-selling products is the iconic flat cap and it’s not hard to see why. There’s a style and material to suit everyone from the Norber Yorkshire tweed cap to genuine Harris Tweed and even a Waxed Cotton cap that is designed to withstand even the harshest of UK rain.

When did the flat cap first appear?

Whilst the exact date is not confirmed, the flat cap is thought to have originated in 1571. At the time, Parliament instructed that all non-aristocrats and young boys over the age of 6 were to wear them on Sundays and holidays. Those that were caught ignoring this were fined three farthings, which was expensive!

This rule wasn’t put in place simply to smarten up the dress code, but to significantly boost the wool trade in Britain. At the time, the wool trade made up a huge part of the country’s economy and the hat industry was booming.

As time went on, the flat cap style continued to be popular and evolved into other variations that we still see today. These include driving caps, duffer caps, golf caps and the trendy “newsboy” caps.

Who wears a flat cap?

The flat cap is iconic and timeless, after all it is over 450 years old!

It’s been known to grace the heads of the royal family as well as many celebrities wishing to make a stylish statement. HRH Prince Charles has often been seen wearing a tweed flat cap whilst out walking, as well as the Duke of Cambridge who has followed his father’s style.

The flat cap style has also been having even more popularity recently with TV dramas such as BBC’s Peaky Blinders featuring a variety of styles. The drama shows many of the notorious Birmingham gang wearing their adapted flat cap styles in the 1920s.

It’s also not just men that have been seen wearing the flat cap style. Women, including female celebrities such as Emma Watson and Kiera Knightley, have been seen styling a flat cap for a casual off-duty look; showing it’s an androgynous style. 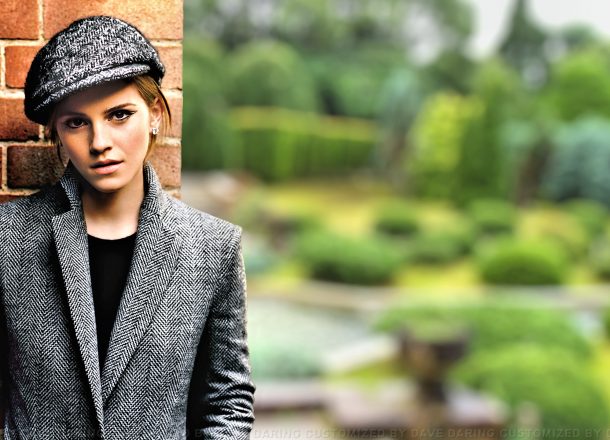 What is the difference between a flat cap and a “newsboy” cap?

To the outside eye, it might be hard to tell the exact difference between the traditional flat cap and some of its more modern variations and counterparts.

The “newsboy” cap, which came centuries after the first flat caps in 1571, emerged after immigrants from Britain travelled to America with their wool caps. The hats then evolved in style, and became much larger and looser in appearance.

The newsboy cap pulled together eight triangular pieces of material into a centre-point before being held together with a cloth button. This style also bubbles over the brim of the cap, creating a more casual and relaxed style. Sometimes this style of cap can be referred to as a baker boy cap, like in our 8 Piece Harris Tweed Cap.

The newsboy cap was given its name as it was noted as being first worn by the newspaper sellers in the late 1800s and early 1900s. It was in fact worn by many working class people around that time, but the hat has become synonymous with the newspaper and printing industry. There is even a broadway musical called “Newsies” where many of the cast wear the relaxed hat as part of their costume.

The newsboy cap is still considered to be related to the flat cap, even if they do differ in appearance. The flat cap and newsboy are both classically made from wool tweed material, although there are plenty of variations of this available now. The styles also both feature low profiles and a visor-style brim that sits over the forehead.

How to choose the right flat cap for you

With so many choices of flat cap and different choices, you might be stuck wondering which is the right style for you.

As experts in choosing the right headwear, Glencroft has some advice that can help you find the right flat cap style to suit your tastes and fashion sense:

Find a flat cap style you love at Glencroft

If you’re thinking of purchasing a flat cap, either for yourself or a loved one, then it can seem an overwhelming choice. However, at Glencroft we have a wide range choose from, allowing you to find the right style as well as the right material to add that iconic touch to any outfit.

7 Benefits of Wool and Sheepskin for Babies